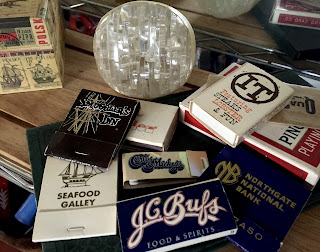 Since it first opened that year and thereafter to its new constructed facility on Stevens, it sadly has never gone vacant. However, children remain safe, and over time, many uninitiated parents have been allowed short respite. Mrs. Russell, as my in-laws and parents, were children of the Great Depression. In them was instilled the life of service, daily acts of faith, decency, and love for family and country.
at August 06, 2016 No comments:

A bird for Valentines Day

To be in love
Is to touch with a lighter hand.

In yourself you stretch, you are well.

You look at things
Through his eyes.

A cardinal is red.

A sky is blue.

Suddenly you know he knows too.

He is not there but
You know you are tasting together
The winter, or a light spring weather.

His hand to take your hand is overmuch.

Too much to bear.

You cannot look in his eyes
Because your pulse must not say
What must not be said.

When he
Shuts a door
Is not there
Your arms are water.

And you are free
With a ghastly freedom.

You are the beautiful half
Of a golden hurt.

You remember and covet his mouth
To touch, to whisper on.

Oh when to declare
Is certain Death!
Oh when to apprize
Is to mesmerize,
To see fall down, the Column of Gold,
Into the commonest ash.