Sadly, if you drive along the newly completed section of Loop 375, you can see those who are most likely to care less whether downtown is revitalized or 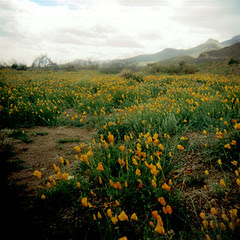 not—the northeast, far east, and Mission Valley areas of town. And why? Well, IMHO it's because they believe we have no mass transit to get the homebodies into and out of the downtown/entertainment-to-be districts.

Yet last week, The Judge and I had a good time, driving from I-10 West/Transmountain, through the mountain, gliding past Parkland Middle School and over Dyer Street, onto the newly refurbished Loop (by Ft. Bliss and Airport land.) Around the bend, flying over Montana, we then headed onto the newly completed eastern Loop section, which was the reason for our adventure. And as clouds followed and surrounded us the entire time, we hoped for rain.

From the highway, we saw miles and miles of tract housing stretching out 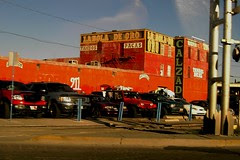 eastward, surrounding Montwood High School, a place which when first built, used to be in the middle of undeveloped land. We continued and drove past the eastside manufacturing and call centers, then drove along the newly constructed section with its elaborate bridge details at I-10 east at Avenue of the Americas. Finally, we began our count of high schools that lie along the Ceasar Chávez Border Highway, which is the southern stretch of the loop—Del Valle, Riverside, Bowie.

Approaching the downtown area and Segundo Barrio, we saw the elaborately tagged and graffed boxcars stopped next to the border near South Florence and made the final and semi-hazardous 45 degree turn to the right onto Santa Fe Street. Approaching Paisano, we saw a halfway demolished Tampico bar and 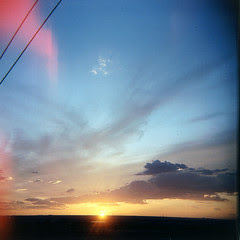 upper tenement apartment building (across from the now defunct fire station whose number escapes my memory, but one thought to be haunted).

Turning onto Paisano we headed for home and by the time we past Asarco’s tower, we had logged about an hour since we began. Sadly, my odometer is on the fritz, so I don't know how many miles we traveled. Yet, in that one hour we saw “heavy cloud and no rain*” views—lots and lots of anonymous plots where people live individual stories that we will never know or appreciate. And while we don't have lightrail, a third rail, or non-stop a/c'd super trollies, we do have a mostly completed loop that is a near circuit around the city--and it will help. In fact, someone from the hinterlands near Montana could conceivably drive non-stop to the downtown area in about 20 minutes. And I think that's pretty slick.

Heavy cloud but no rain

I asked my baby if there'd be some way
She said she'd save her love for a rainy day
I look in the sky but I look in vain
Heavy cloud but no rain
at June 13, 2006

This has to be my all time favorite Sting song. I worked the overnight shift at a hotel off Union Square in SF (The Hotel Triton, a really hip place, btw) and i played that CD so loud that it would drown out my horrid singing - so many mornings I would walk home while the city was just beginning to stir and would think about the heavy clouds - but no rain. Lovely writing, my friend!