Note: A member of the Facebook El Paso Memories group posted a picture of the now privately-held Pershing Theatre, and that opened a time and space portal for me.

All first run Disney movies were shown at the Pershing Theatre, and for the most part, “family-friendly.” My mother never learned to drive even though abuelo told her to get dad to teach her before they wed. “You won’t learn after the wedding,” he warned. She never did, so she and I took the bus.
Before the various El Paso bus companies consolidated, my mom and I traveled El Paso on several bus lines. We took the blue Lower Valley bus from our house on Taxco in Ranchland Village. Next, we’d  transfer to the Government Hill green city line, and then walk to the one-screen Pershing after disembarking at what is now the El Paso Police Department headquarters (was Sears). Between Sears and EPPD the building was purchased by the Diocese of El Paso with the intention of moving Christian Brothers’ Cathedral High School into it after being retrofitted for educational and PE purposes. That would have been a neat trick as its current location sports a swimming pool. But the dream never materialized.
Chisme sidebar: It was said the Vatican approved the loan for the building, and immediately the paper was stowed in the “never to be repaid file drawer” by the lending bank.
But back to when it was Sears at Five Points.
Before we moved to Santa Fe, my first experience with and for a great team, supervisor, and comptroller was working the sales audit control desk. It was a routine if fast-paced situation within the accounting department. We were squirreled away in office space on the second floor. Happily, the  job opened many doors for me insofar as work experiences and future expectations went.
The Montana Street at Piedras site is an unusual one in that, the Ralston Masonic Hospital (Lodge #130) also stood there from 1910 through WWII. From healthcare, to retail commerce, to pipedream of an reinvisioned educational facility, and now housing a local law enforcement agency — much has occurred over time on one single trapezoidal spit of land. Whatever came before Ralston Masonic Hospital?
The Ralston had a children’s ward that treated those with juvenile arthritis, polio, and Legg-Calve-Perthes, a disease that hobbled my dad at 14, and causing him to limp for the remainder of his life; sadly dad died in 2015, aged 89. Dad spent most of a year in the Ralston, learning to walk again after surgeons at Southwestern General operated on his hip to remove the diseased tissue. Over time, his hip joint fused because of the initial surgery and post-op care. According to the daughter-in-law of one of the orthopedic doctors who treated my dad, the Ralston Masonic Hospital brought El Paso its first orthopedic specialists, specifically for pediatric care. 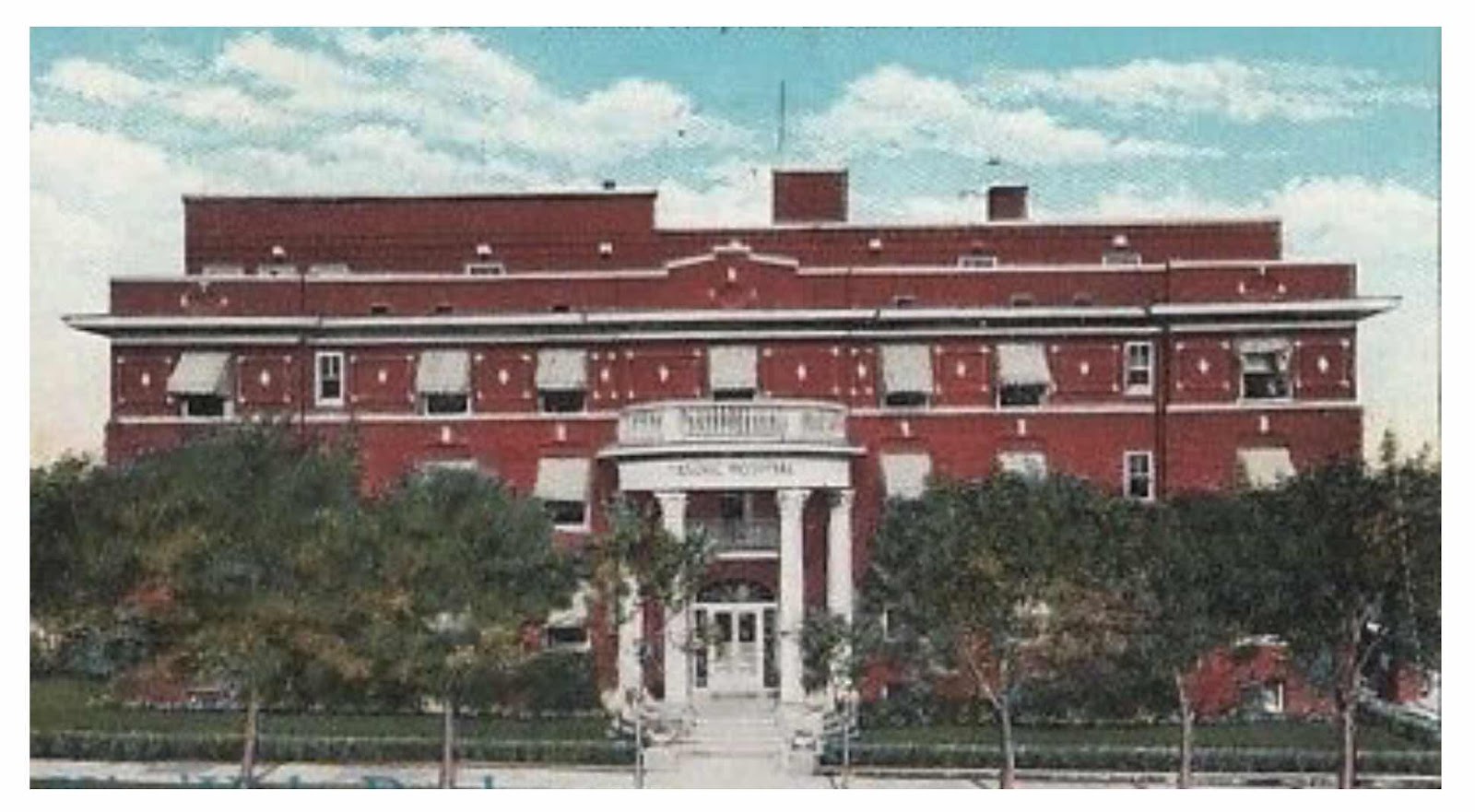 A block away on Pershing Drive and many years from his experience, I walked out of the theater with my mother after seeing “101 Dalmations” (1961) or maybe it was a holiday rerelease of “Lady and the Tramp” (1955).
Clearing after an intense thunderstorm, dusk was turning to twilight and would soon be nightfall as clouds broke, revealing the sky’s first stars. We waited under the marquee for my father to pick us up in his 1956 Olsmobile Delta 88. It was turquoise and white. 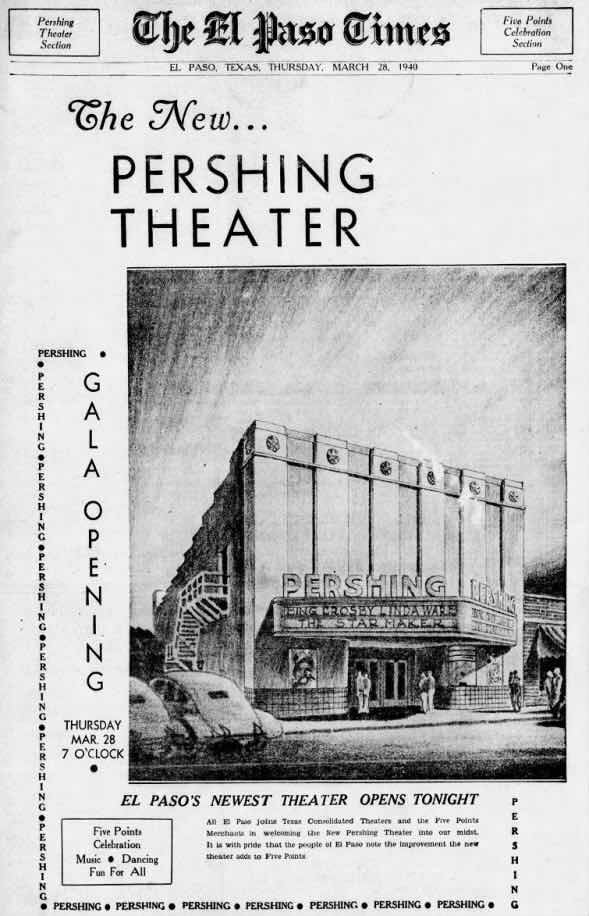 Sidebar parental advice gone unheeded: Though she tried after she turned 55 to get her license and then drive alone, mom never got past earning her learner’s permit. Dad had no hand in that accomplishment as she paid for the driving lessons herself. I return you now to the next part of the story.
Next to the theatre is the Pershing Inn, and next door to that was the office of our family doctor, Dr. Joseph S. Galatzan, brother to Judge Morris A. Galatzan  It was within that small rectangle of central El Paso real estate that my mother and I traveled the bus system so often. Far too often, it seemed. Especially regarding my allergies.
My dad’s family had met the Galatzans because they lived in the same neighborhood near El Paso High School (EPHS) 🐅. My grandmother Ruby and the brothers’ mother were best of friends. Their backyards were adjacent to the duplex, my grandparents first home on Virginia Street, just below Schuster Drive, after they moved from Oklahoma. They originally came from Little Rock, Arkansas. It was their good fortune to get to El Paso right before October 31, 1929. During his medical career, Dr. Joe Galatzan was team doctor for the 1966 TWC Miner basketball team and instrumental in establishing Sun Towers Hospital (now Las Palmas).
The quintessential family doctor, he delivered my older sister who but lived one day, and me, born two years later; he removed my tonsils at Southwestern General Hospital; and later, confirmed my first pregnancy. Overall, I spent much time in his office as I had a running sore throat accompanied by horrible earaches due to airborne allergies. It was never strep, though I still can recall the pain in my ears and my mother needing to warm up drops she applied nightly. Bermuda grass and non-bearing mulberry trees — hybridized and frustrated fauna — they cost many school-aged kids  to lose classeoom time, and have goopy morning eyelids, receive painful innoculations, and experience popping eardrums.
Dr. Joe had Highlights for Children in his office and I would read them always from cover-to-cover as I waited for the inevitable SHOT. I camped out in that office so often because I needed what seemed like monthly antibiotic shots in my butt to combat those chronic allergy-related infections I got ad nauseam. Not only shots, I constantly was instructed to gargle with warm water and salt, as directed by my mom. I must admit it did help, though she made me hot Jello water to sooth my throat, too. Red please.
2911 Pershing Drive today.  Previously the office of Dr. Joe Galatzan. (Source: Google maps) 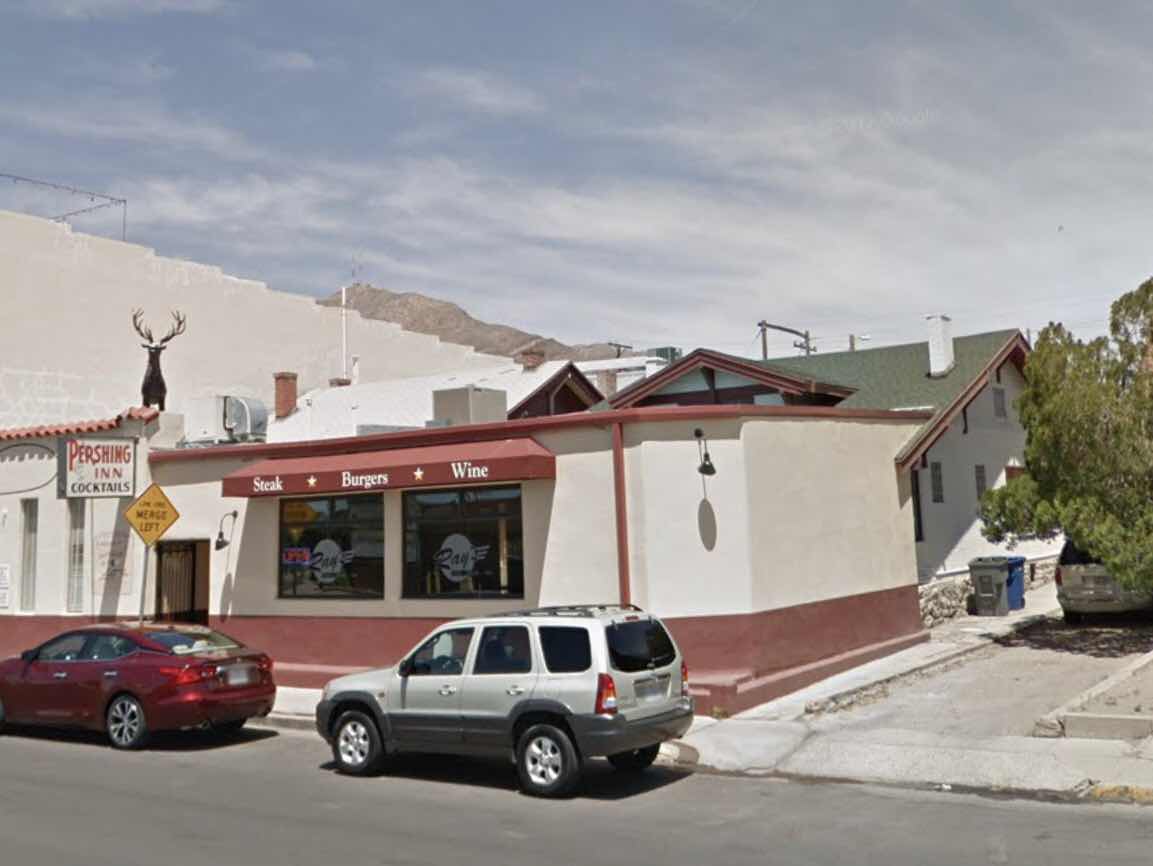 The doctor officed in what had been a traditional Austin Terrace/Five Points bungalow. The telephone system had a peculiar ring to it, something completely different from the usual house trill. The sound of the office phone added to the  atmosphere of dread — from the Hightlights Timbertoes family, their black and white line drawings having way too much fun, to the dim filtered light made by wide venetian blinds, and dark bricked fireplace — it was quite a dreary vignette. Once inside and through to the exam rooms, however, the light shifted immediately to bright white lights, white enameled cabinets, and the efficient- and sanitary-looking healthcare whites worn by nurse Blackie and Dr. Joe.
Blackie was a formidable woman. She took no shit from anyone, even whiny me. She wore the quintessential stiff white uniform with cap, and thick rubber soled white nurse shoes that squeaked when she walked on the green speckled lino flooring.
After she would call me back, I was examined, and Dr. Joe would then pronounce his diagnosis. It never varied: a shot and pills in my butt and down my throat, salt and water gargle for my swollen tonsils, and ear drops and cotton balls for my popping ears. Sometimes an eyewash for summer mornings when my eyes were glued shut overnight by an obnoxious green discharge. The shot. Another shot. Always a shot. Terrified of the things, I once clenched my butt so tight I literally shot the innoculation back at Blackie. Man, she was angry. Maybe that’s when they decided I should have my tonsils removed. Nurses at Providence later told me that Blackie ended her days there, and to her dying day gave them all bloody hell.
Sidebar childrearing: Swats on the butt after a shot hurt more than regular ones.
After the ordeal, my mom and I would then get back on the bus and travel to either downtown to visit my dad at work, or we would get off at San Jaconto Plaza (terminal point for the green city bus line). Next, we’d walk to near the main library and catch the sky blue Country Club bus and travel on to Smeltertown where my abuelos and cousins lived. Finally, a glass of iced Kool-aid or tea, and a quick lunch of frijoles, warm tortillas made by my abula and tia that morning with Mexican rice. Then a nap. Afterwards I’d have time outside with my cousins after they came home from Jones school. It happened all beneath and across the road from the ASARCO plant. Land of hot sand and sulphured skies, the Rio Grande was about 100 yards or so from La Esmelda backyards.  La Esmelda, with her hand-built adobe and cinderblock homes, chicken coops, and caged yellow canaries, hanging from my abuela’s cottonwood tree..
Good times. 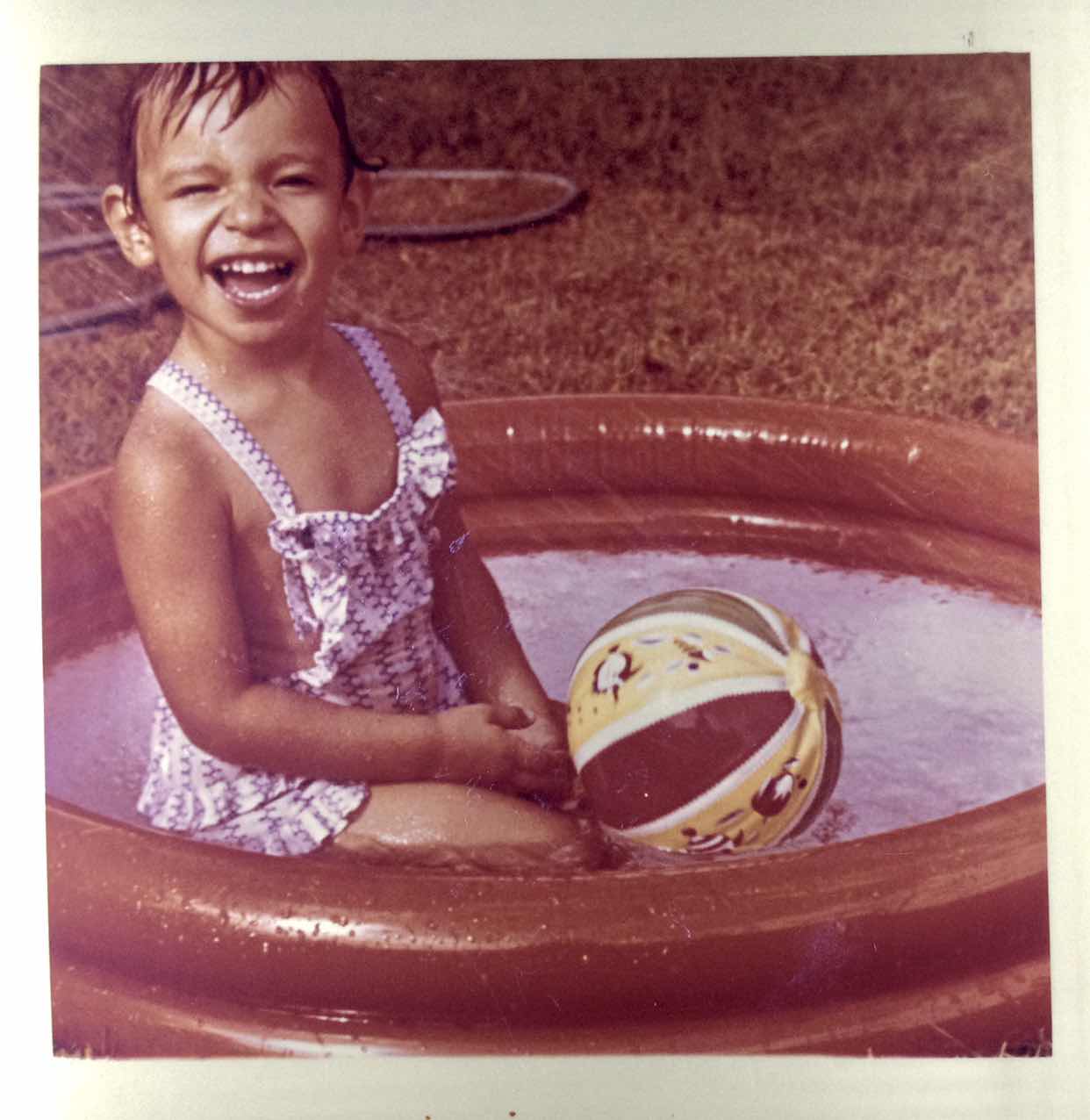