Dad's picture taken by his mom. 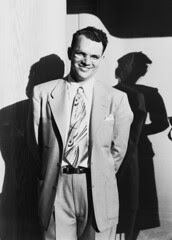 Dad's picture taken by his mom.
Originally uploaded by chacal la chaise.
The following came up in conversation recently. A friend must consider whether to continue her education and one of her options is counseling students in high school. I told her I thought another good field is caring for those elderly people who are depressed. Yes, Tom — sometimes, ya just need ta take a pill that helps—not a panacea, but a died-in-the-wool medication to combat depression. Whether for post-partum or meds for Alzheimer or cancer patients, chemical therapy is sometimes called for.

My parents turned 80 in December and I’ve seen a mild version of this condition in my father. This is a new growth industry—keep everyone strong, keep heads and hearts positive (as can be expected), and healthy.

For him, it is the knowledge that time is running out. You know, like sands in a huge hourglass. The stream of sand appears to slide so much faster as it becomes more and emptier than when it first was full.

Between classes this week and last, I essentially drove Mr. and Mrs. Daisy around town. It is a new phase of my life. Over 10 years ago, Michael went through the same passage with his own parents.

I drove dad to my doctor for the cold he let slip into pneumonia. He talks as I drive him to the radiologist for chest X-rays. You know, he said, the British editor of the Glenn Miller Society's newsletter died last year...I haven't received one since then; I wonder what will they will do now?

I know what he's thinking as he says this. The brain trust of the music and culture of his youth is turning to dust. I make a mental note about this. We drive further and he says he must get rid of his record collection. I told him not to purge too soon and that I would like to see again what he tucked away. I also say I could help him donate his Benny Goodman quartet Bluebird 78's to KTEP if he wanted. Or the Sinatras, the Peggy Lees, the Doris Days, the Dorseys (both brothers). However, never the Glenn Miller Air Force broadcasts in their beautiful padded cover with sky father clouds and the floating officer’s hat. He appreciates that i put the XMRadio on the 40's decade music channel. He recalls every single singer, every single band that plays...that's Sentimental Journey--Doris Day and Less Brown, that's I've heard that song before Harry James, Now is the Hour by Bing Crosby... every song, every mile from Kerby Street to the Upper Valley in Vinton we drive. Every mile is another song he remembers. He tells me what grade he was in at the time and who were his friends.

Later, after the X-rays we stop for lunch. I take more notes about his family while we eat. He tells me more about his father's failed attempts to inspire his n'er-do-well cousins to make something of themselves. How he tried to set them up in businesses around town. Nothing ever worked and all eventually faded away into oblivion, which is worst than dust.

Later and just before Aesthetics with Dr. Robinson, I walk into the Cotton Memorial Building to talk to Dennis Woo. Would they be interested in a sizable record donation? He says the radio station is land-locked. We would love to take everything, we have the needles, but we have very little space. He shows me his cabinets. There is very little room for 78's...33 1/3's...45's...

It’s all disappearing--like a reel-to-reel tape that wraps its long snake of brown film onto the opposite take-up reel. Soon one will be full and the other will be empty. It’s life. The preparation of dying begins with your first breath.
at May 08, 2006

this is a devastingly beautiful (but still simple) tiny essay.

thanks for taking the time to comment. it was something that had been inside for a while and i needed to get it out. actually, except for times like these, they are in pretty good spirits and dad still has his bizarre sense of humor. we do riffs of each other's one-liners. funny guy.